The boat instructor said, "Now here is Kanto. A beautiful region." "Our stop. Stop" Christina, Stephan and Gavin said. "Onto Unova." the guy said. "NO!!!" Christina screamed. She was having a Pokemon contest here. "This is a tour Boat," the guy said. "Not a drop off and pick up Boat." "I guess we got to swim," said Stephan. So they jumped off and swam. When they reached land, Chrisina said, "Whew, Vermilion City. Exactly where my contest is." This was true. They were in Vermilion City. They saw a Raichu, which shocked Gavin. "OW!" he yelled. "Get it together, Gavin," Christina said. "I've got a contest." She and Stephan pulled Gavin away from the Raichu. "Ahem! Me too!" said Stephan. "Oh, I forgot," said Christina. "Well Don`t, and I will be asking you!" said Stephan. "Well," said Christina, standing in front of the contest building with Stephan and Gavin. "We're here, anyways."

13 minutes later, the contest began. Up first for the performance stage was Jessica, newest member of Team Rocket. "All right, Igglybuff and Quagsire! Go," she said. Two Pokemon, an Igglybuff and a Quagsire came out. Backstage, Christina opened her Pokedex. It said, "Igglybuff, the Balloon Pokemon. It has a soft and bouncy body. Once it starts bouncing, it becomes impossible to stop." After that, it said, "Quagsire, the Water Fish Pokemon, and the evolved form of Wooper. Due to its relaxed and carefree attitude, it often bumps its head on boulders and boat hulls as it swims." "Quagsire, use Rain Dance!" said Jessica. Rain started to pour, making a river on the cloiseum. "Now Igglybuff, Dig!" Igglybuff tried to use Dig, but it couldn't because there was all ready a whole river in the contest. The next performance was delayed until the water was cleared up, which it was a half hour later.

Stephan went 6th. "Gible, use Dig!" he said. His Gible used Dig. Pikachu then jumped in the hole. "Now Pikachu, Thunderbolt!" Stephan cried! Pikachu uses Thunderbolt, causing sparks to come out of the hole! The crowd cheered! Stephan, Gible and Pikachu were pleased.

After that, Christina went backstage. Then, she had flashbacks. She remembered when she got Totodile from Prof. Elm, and when Stephan's Cyndaquil laid the egg with her Cyndaquil inside, and when she got Togekiss as an egg which hatched into Togepi, and when she caught Floatzel as a Buizel, and when she caught her Buneary, and further more, she remembered when she caught her Staraptor. The flashbacks ended, and Christina said, "I'm going to win! No doubt about it!" They then announced who made it to the second round. Stephan, Christina, and 6 other trainers (which do not include Jessica). Jessica pouted and walked out of the contest building, saying, "I'm TOTALLY going to steal the contestant's Pokemon when this is over!"

It was the first battle in the second round. Christina was battling a boy named Jamie. Christina launched two Pokeballs and Totodile and Staraptor came out. Suddenly, FLSSSSHH! Totodile evolved into Croconaw! Then, Jamie threw two Pokeballs and Oddish and Nidoran (M) came out. Oddish then jumped on Nidoran (M). Oddish then used Sludge Bomb, and Nidoran (M) used Dig. However, neither of those attacks affected anyone (because Oddish aimed for Croconaw, and Nidoran (M) aimed for Staraptor). Croconaw used Hydro Pump gracefully on Nidoran (M), and Staraptor cutely used Brave Bird on Oddish, knocking them both out. Jamie was then disqualified. Backstage, Christina saw Stephan perform. He almost lost, until his opponent's Poochyena begged its trainer to forfeit. The trainer was then disqualified, and Stephan had won the round.

In the third round, Christina and Stephan battled. Christina used Croconaw and Togekiss, while Stephan uses Cyndaquil and Buneary. Togekiss used Aura Sphere, which Croconaw knocked down to Buneary with its tail. After that, Croconaw used Hydro Pump on Cyndaquil...........knocking them both out! Stephan was disqualified, and Christina made it to the fourth round! Christina shook Stephan's hand and said, "You did great."

Finally, it was the last round of the contest. Whoever wins takes Vermilion ribbon. Christina was battling a girl named Ophelia. Christina used Togekiss and Cyndaquil, and Ophelia used Bulbasaur and Vileplume. Cyndaquil climbed onto Togekiss's back and Togekiss had flown into the air. "Togekiss, use Sky Attack and Cyndaquil, use Flamethrower!" Togekiss aimed for Bulbasaur with a powerful Sky Attack, and Cyndaquil spun its Flamethrower around. Both Bulbasaur and Vileplume were KO'd then. Christina had won the Vermilion Contest! She got the ribbon and everyone left, for the contest was over.

"So you're not going to come with us?" Stephan said. "We're going back home to Johto!" "No, I want to stay in Kanto so I can compete in the Kanto Grand Festival in 8 months. But when that's all done, I promise we'll meet again!" Christina declared. Christina and Stephan shook hands. "Here's to brother and sister," Gavin said. After that, Stephan and Gavin got on the ferry to Johto while Christina stayed behind in Kanto. The End 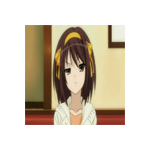 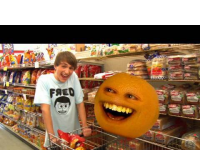