Freddy Winter is a fictional character and one of the two main antagonists of the neo-noir biographical crime-drama story Ambition and Limitation.

He is an influential billionaire and a ruthless business tycoon who practically had the whole county of Shropshire under his control due to being it's local banker, as well as having vast ascendancy via corruption. He is also the namesake CEO of Winter Industries, whom are the perpetrators behind for the creation of the cure for cancer: "Specimen $", which Freddie kept from becoming public knowledge in a selfish bid to advance his quaestuary agenda; thus making him responsible of millions of deaths via cancer as a result. 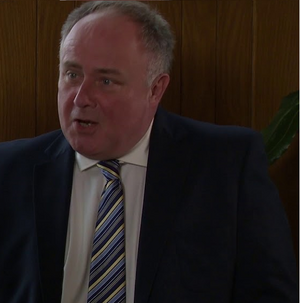 Retrieved from "https://fanfiction.fandom.com/wiki/Freddie_Winter?oldid=215740"
Community content is available under CC-BY-SA unless otherwise noted.