Julian's Jam is is a show soon to air on Webnetwork. Template:Infobox series

An evil tyrannical ruler has banned music, and it's up to the sibling team, who are royalty and separated from the queen, to take him down and free everyone from his rule.

Similar to The White Stripes, one plays a guitar and the other plays drums.

show. He has a sort of "valley boy" or "surfer dude" accent. Though raised to be a thief, he is good-natured and has a distinct sense of moral standards, refusing to steal from any just as or more unfortunate than him. Julian also has a good sense of humor, and is also a bit of a thrill-seeker.

While Julian gets defensive when his old background is criticized, he grew up without ever feeling he had a real home until he met Julia.

In certain parts of the world, such as when it's aired in Australia, some edits will be made. Alot of these don't apply to the comic version. 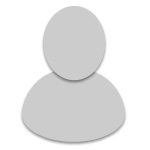