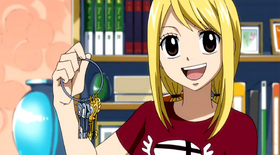 Which the big secret is by Lucy Heartfilia

Izzy
"Lucy's Big Secret" is the eighth episode of Total Drama's House of Mouse. It originally aired on Disney Channel on October 5, 2009.

When everyone is tired of Lucy Heartfilia's new gossip, she announces that at the end of the show and the challenge, she will reveal a big secret about somebody. Now, everyone in the club is convinced that she knows something hidden about them which they accidentally reveal to her. In the end, she reveals the secret is that she is quitting gossip (something even Atropos was surprised about); she eagerly returns at everyone's insistence, ready to reveal all they've told her.

Non-stop gossip for the House of Mouse provided by: "Lucy Heartfilia's Tales of the Toons (1001 Tasty Tidbits to Talk About)"

"Haha! See ya real soon! And remember, mum's the word." (Lucy is seen tied up in ropes and with a handkerchief around her mouth causing her to speak in a muffled voice.) 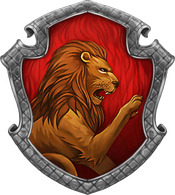 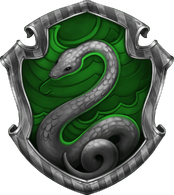 Izzy is shocked to be eliminated again.