Aquilla Malfoy was the daughter of Draco Malfoy and Astoria Greengrass . Her grandparents were Lucius Malfoy and Narcissa Malfoy (née Black).

Aquilla became a Death Eater when she was only eight years old. First her hair was black but she dyed it to blonde when she was fifteen. This was Aquilla on her fifteenth, when her hair was still black. Her parents let her dye her hair later, as she wanted that for so long. Her personality changed when she dyed her hair as well. As you can see on the picture below, she was quite a bit like her aunt, Bellatrix. When her hair became blonde, she was nice and calm. Although, she still cared about people's bloodpurity, of course. And her aunt, Bellatrix, taught her how to kill when she was nine years old. 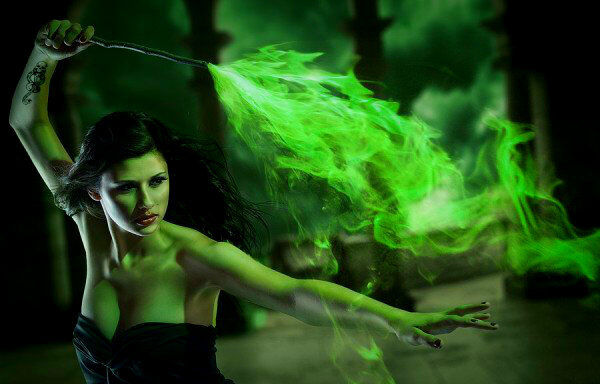 She lived with her family in Malfoy Manor and she was born on 20 January 2008. Her brother was Scorpius and her sister was Skylar . Her parents were Astoria and Draco. She was in love with Sam and they were going to get married, they also had a son together, called Aaron, who was born on 28 aug. 2028. Sam bought them a house. Paulien was a happy, kind and sweet girl. If you were a Mudblood , Half-blood , Half-breed , Blood Traitor or a Muggle she probably hated you. She also loved her niece Jessica lots. She saved her a few times but also tried to kill her. Her other cousins were Rain , Joseph , Maria and Hannah Evans.

Aquilla's  grandparents were, of course, Narcissa and Lucius Malfoy. Her aunts were Bellatrix, actually, it was her father's aunt. And her father's sister, Evelina.

Her best friend Liam would always be there for her. He even became a Death Eater for her because he wanted her to be safe. He wanted to protect her, although, she tried to stop him as she didn't want him to get hurt either. Liam wanted to go further than their friendship but Aquilla didn't want their friendship to be over yet as she was scared she might lose him.

"Don't touch me, you filth!"' Aquilla yelled at Sam Greyback, Scorpius grabbed his sister's arm when she shouted at his best friend.

When Aquilla  went to Diagon Alley to shop for school supplies in 2019, she first met Sam Greyback with his father Fenrir Greyback in Ollivanders Wand Shop . Her father wasn't so happy to see Fenrir and they got into a fight, Aquilla  got involved and Fenrir hurt her. She had had a scar on her right arm. When they went on the Hogwarts Express, Aquilla sat down next to her best friend Liam. A few minutes later they were sorted into their houses. Aquilla was sorted into Slytherin, like her best friend and like Sam.

In this year Aquilla's 'friends' tried to bully her by calling her names and make fun of her. But they couldn't manage to because Liam, her best friend, came running to her as he was late for their sort of date and looked quite angry at the girls. He told them to shut up otherwise bad things would happen, he promised. The girls laughed at him and thought he was joking, until he grabbed one of them and punched her into her face. Then he walked back to Aquilla and they went to their favorite place where they always were: The Black Lake .

After her wand broke she was destined to have her grandfather's 1st wand to keep the family tradition "I don't care if she's your sister. She's hot and rather cute, she's the only one who understands me." --- Sam Greyback talking about Aquilla  to Scorpius.

In Aquilla's sixth year she saw Sam trying to steal a Potion's book in Diagon Alley and stopped him from doing that. He became quite angry with her and thought she was annoying and unreasonable. Then, when Scorpius took Sam to Malfoy Manor a few hours later, and when Sam saw Aquilla in her aqua blue  dress, he suddenly started to like her. He thought she was too perfect and too busy with herself but she was not. She actually cared about him and everybody else. He then asked her to go out for dinner, of course Aquilla said yes. Later that week, she became his girlfriend and of course both their parents didn't like it.

Aquilla was in her last year of Hogwarts School of Witchcraft and Wizardry and then she first found out that Sam was also a werewolf, like his father. He went away for a few weeks when he turned into one and came back with bruises and scars. She was always worried about him when he left.

He looked into her eyes and said. "Aquilla, you have to understand I don't know what love means. My father killed the only women I loved when I was little. But when I least expected a new light, a different light appeared in my life, blinding me. I wasn't used to be blind and it felt good being like that. It was strange, but I loved

the feeling. You were that light. I was so scared you left, that I tried my best to not fall in love with you, but I did." He pulled the ring out and kneeled beside her. "So, will you keep blinding me and marry me please?" --- Sam when he proposed to Aquilla on 26 July 2027 in Malfoy Manor.

Aquilla was a slender girl with light golden blond hair. Her eyes were aqua blue, unlike her parent's eye colour. She had a pale skin, like her father and was a Death Eater. Her Dark Mark was burned in by the Dark Lord on her left forearm. She always wore the most beautiful and expensive dresses.

Wood: Only when presented with magic

Sam and Aquilla loved each other dearly he proposed to her.

Retrieved from "https://fanfiction.fandom.com/wiki/Paulien_Jue_Malfoy?oldid=169207"
Community content is available under CC-BY-SA unless otherwise noted.