Shahra (シャーラ Shāra), also known as the Genie of the Ring, is the deuteragonist in Sonic and the Secret Rings. She is a special, eager young genie from the world of the Arabian Nights who enlists the help of Sonic the Hedgehog in stopping the Erazor Djinn.

Shahra lives trapped with her contract sealed inside a golden ring. Once Sonic placed the Ring it on his finger, he met Shahra, who requested his help. Shahra's Ring has a unique ability to grant as many wishes as the wielder desires–however, the wishes are not very powerful compared to that of a lamp-genie's. The Ring displays an inscription on its surface that calls for good luck upon its wearer.

As the genie of the Ring, Shahra possesses magical abilities that allow her to grant the wishes of her master. However, she is restricted to only granting simple wishes, such as making a mountain of handkerchiefs appear, calling forth magical carpets, or taking someone into the world of the Arabian Nights. She is also unable to undo the working of Erazor Djinn's magic, as it is on a completely different level. Shahra is also capable of flight and transforming her body into smoke or a ball of pink light. In her light form, Sharha can fly fast enough to keep up with Sonic.

Shahra is a kind-hearted and friendly person. Shahra acts courteous, loyal, and obedient to whoever her current master is. Shahra is also very formal, constantly calling Sonic “master”, despite him constantly telling her not to. However, Shahra was once in love with Erazor Djinn, and desperate to make him love her back. To this end, her love for Erazor led her to perform immoral acts, assisting him in his plan to escape the World of the Arabian nights and helping to manipulate Sonic into gathering the World Rings for him. However, Sonic showing her kindness caused her to feel very guilty about betraying him, and she came to see that Erazor was a terrible person and sacrificed her own life to save Sonic from being killed by Erazor, showing herself to be very selfless and ultimately a good person.

Shahra was an ordinary girl World without a family who used to get along with Erazor Djinn from the Arabian Nights; when She was five her mother was kidnapped and disappeared under enslavement by an evil wizard, and her father was harmed by him to get her back before the Wizard took Shahra's mother away. But at the age of twenty four, she had to do something to avenge her parents. Just as Shahra threw a sword at the wizard's chest, he cast one last spell, before being stabbed to sudden death. the spell made Shahra transform into a powerful enslaved genie. And suddenly, she ended up being sucked up into something; a gold ring. She cried in despair after her imprisonment.

After an hour of crying Shahra was reunited a magical genie hologram of someone; her mother. It was revealed that she was trapped inside a corked vase because of being kidnapped by the wizard Shahra defeated later. She told her daughter, that Shahra herself is also a genie, bound inside a ring, who has the magical power to grant humanity wishes, but she must grant simple wishes. After her mother bids her daughter goodbye, the hologram disappears. The inside of her empty ring transformed into a beautiful genie room similar to a Jeannie bottle with a mirror, a comfy bed, genie ring decorations, extra candles, and other genie stuff. Shahra was asleep, trapped inside her ring for five thousand years, until she sensed Erazor Djinn taking over the entire Arabian Nights world, vanishing it. She then used her own magic to carry her ring she's bound inside, out of the the world's book to find a legendary blue Hedgehog, Sonic, the only hope to save her world.

Role in the game[]

At the beginning of the game, she appears out of her Ring to Sonic seeking his aid. She explains that the stories of the Arabian Nights are disappearing as a result of the work of the Erazor Djinn and asks for his help, saying "Only you, the blue hedgehog, can do it." Once he accepts, he becomes her "master" and helps to guide him through the world of the Arabian Nights.

In the game, she grants Sonic special abilities and bonuses to aid Sonic in his quest. She appears to have a strong relationship with Erazor. She has a habit of calling Sonic "Master" (she's likely used to calling whoever possesses the Ring her master like a genie normally would), even though he prefers her to just call him by his name. While she does have high magic power, she seems to be unable to undo the works of any of the Erazor Djinn's magic, such as the cursed flaming arrow that he embeds in Sonic's chest. It is hinted that she and the Erazor Djinn were once in love or were friends, but when Shahra tells Sonic in the Last Chapter, "I just want to be back with him!", the former seems most likely.

In the end of the story, she is revealed as having a partnership of sorts with Erazor. However, she does not believe this is the "right path" when Sonic wishes for her to, "Do what you truly think is right!" When Erazor attempts to sacrifice Sonic, she saves him, sacrificing her own life. Rather than passing on though, Shahra's spirit melded with Sonic and aided him in his final confrontation with Erazor. She is later brought back to life with Sonic's first wish on the Erazor Djinn's lamp. After Sonic's last wish (that Erazor spend eternity in his lamp) is granted, Shahra cries, overcome with grief at both her betrayal of Sonic and the loss of a possibly close friend. Sonic, in an act of compassion, wishes for a mountain of handkerchiefs so that she can cry as long as she needs to, which was a reference to the beginning of the story. After calming herself from crying, Shahra thanked Sonic for bringing her back to life and saving her world, and Sonic threw Erazor's lamp in a fiery pit, before Shahra said goodbye to him, as he ran all the way back to his own world.

In the beginning of the game, Shahra asks Sonic the Hedgehog for help, so that he can save her world from the evil Erazor Djinn, Sonic agrees but he can only go in the book on one condition; he has to wear a Ring so that she can grant his wishes. Throughout the game she constantly calls Sonic "Master", but Sonic, with modesty, tells her to call him by his name. Erazor Djinn attempts to cast a curse on Shahra for disobeying him, she is however protected by Sonic, hence resulting in Sonic bearing the curse - a flame on his chest which will cause him to die when it wears out in time. Having her friend to bear the curse, Shahra apologizes for getting Sonic involved, Sonic however promises her that he will keep her smiling in the end of the situation not as her master but as a friend, they both crossed their pinkies together as a symbol of "promise". Shahra however shakily doubts the promise, in fear of the Erazor Djinn.

Shahra also appears to be hiding from Sonic on several occasions and is unable to answer Sonic when he questions about the Erazor Djinn or the seven World Rings.

In the end, she could not keep the promise and forces herself to obey the Erazor, Sonic in great shock questions her and commands her to choose what she thinks is truly right, however it causes Shahra to faint. Erazor made his attempt to kill Sonic in the process until Shahra grabbed Sonic causing her to die instead. In the end, after defeating Erazor, Sonic forces Erazor Djinn to grant a wish to bring Shahra back to life. When Sonic goes back to his world, Shahra speaks to herself and thanks Sonic for helping her world.

It seems that Shahra and Erazor Djinn have known each other for a long time, though the nature of their relationship was not clearly known. Sonic was suspicious of their relationship but persisted to keep a strong trust in Shahra by not forcing her to confess the truth. Thinking she had no other choice, she forces herself to break her promise with Sonic and therefore re-unite with the Erazor Djinn after his second offer despite being aware it was a wrong decision. Even though the Erazor Djinn is controlling of Shahra's emotions and would even curse her if she would not obey him, her 'love' for Erazor Djinn sustains and even cries when he was cursed back into the lamp despite his misdeeds. Therefore, it can be assumed that the two were lovers in the past. 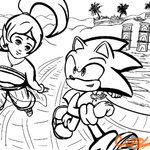 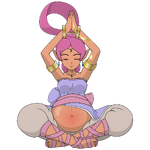 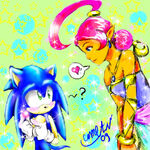 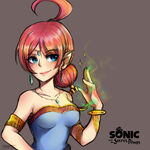 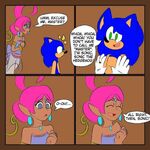 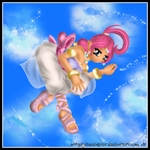 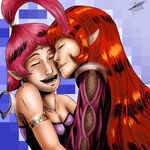 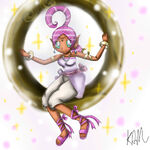 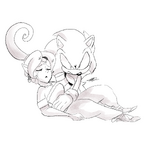 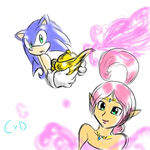 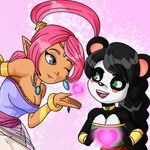 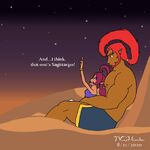 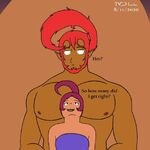 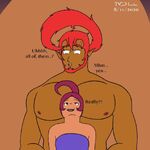 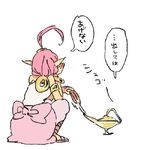 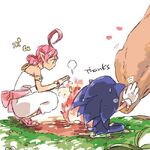 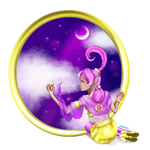 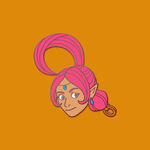