Ideas for episodes and recommendations are being accepted for the fourth season. Remember ideas will be accepted as long as they follow the story-line and plot of the entire series. Leave ideas on the talk page.

Things to note: The character Daemon does not appear at all in this season until the last episode (E059).

Design: Alexis is revived by her powers after being shocked with a defibrillator. The powers heal her and she returns to life. She then spends her time hunting the suspects that tried to kill her.

Design: In a rural county in Illinois, local Sheriffs have reported sightings of packs of evil dog-like creatures that have been rampaging farmer's livestock; until humans join the menu, Alexis and Xander set out to find these "hell-hounds".

Design: The Pentagon has some strange accidents leading to suspicion that a small group of Boggart goblins have decided to make the nation's main defense building their new home and cause mischief. Alexis and Xander go on a comical hunt for the small beings through the complex.

Design: Following a mission from Mars, the Shuttle Explorer docks with the International Space Station. NASA loses contact with the ISS following a incident aboard involving screaming astronauts and a blurred screen capture of a snake like being on board. Alexis and Xander join a shuttle launch to investigate the ISS and kill whatever creature from Mars is on board.

Design: Children in a town in Ontario are claiming creatures under their beds are trying to get them. The reports go ignored by parents and police until a child goes missing.

Design: A group of college students get more than they bargained for when their home-made YouTube series about the internet-borne mythical being Slender Man comes to life and people begin to disappear for real.

Design: A Russian naval vessel is found ruined and run-aground on the coast of Alaska's Aleutian Islands, appearing to have been torn apart by a large sea creature. Alexis and Xander investigate with a PCI team, at the same time a U.S. attack submarine makes a distress call. The PCI respond to assist and discover a gigantic legendary squid monster and destroy it.

Design: Chinatown in Manhattan, New York City is being terrorized by claims of a large creature, called the Qilin, from ancient Chinese lore. Alexis, Faith and Shawn assist a local Chinese herbalist psychic to track down the creature.

Design: Creepy humanoid demonic mannequin-like beings only capable of hunting by sound have been killing employees of a clothing distribution warehouse.

Design: A strange inter-dimensional sphere has appeared in the center of Times Square, New York City. After the military locks down the area, the sphere begins to glow and a progressively spreading decay and deterioration of everything around it starts. Alexis, Willow and Giles work to figure out how to stop it from consuming the world.

Design: A man with pyro-kinetic powers is killing priests around the country. Alexis engages the Fire Man in a massive fiery battle using their personal powers.

Design: Alexis is trapped in a bizarre time loop, forcing her to repeat the day again and again until she can figure out how to escape... and no one else notices the repeating day, except her.

Design: Russian organized crime is trafficking parts of and whole demons and cryptid monsters. An FBI raid results in the deaths of the agents involved. Alexis and the PCI track down the mobsters and engage in a massive and brutal gun battle with Russian traffickers and escaping demons.

Design: Alexis battles a cult of human/demon hybrids and destroys them. Daemon returns from hell, angrier than ever. 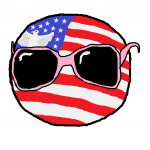