Somersault Kick (サマーソルトキック?) is a technique that Back Flip kicking around the chest of the person you are leaning on the corner.

Somersault kick itself has a strong element of the show as a technique, not a technique that damage to the opponent. The first consumer character appeared in the "Street Fighter II" which was described above, is a Guile. The contents of the trick, "jumped up swiftly from I squatted down state, kick up your opponent while the Back Flip" in thing called, has become a dynamic thing that ignores the laws of physics than the same technique that exists in reality. In addition, it jumped well momentum by the game, kick up your opponent while the Back Flip wearing to the point of a cartwheel "is also a thing called. 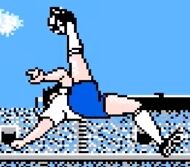 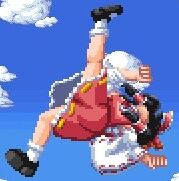 Retrieved from "https://fanfiction.fandom.com/wiki/Somersault_Kick?oldid=259990"
Community content is available under CC-BY-SA unless otherwise noted.