Sonic the Hedgehog is a video game character created by Sega. He is best known for having the ability to run extremely fast, earning him the nickname "The Fastest Thing Alive". His first starring role was in his self-titled video game debut on the Sega Genesis in 1991. Since then, the Sonic series has generated millions of sales around the world. Despite criticism of more recent titles in the series, Sonic's video games continue to be popular, and the Blue Blur is a popular subject in the fan art & fanfiction community.

In his appearance in Eva and Cece's Chop Suey, he behaves the way he does in the Archie Comics. He is voiced by Kathleen Stump in the show.

Sonic is described as being "equal to the wind"; a relaxed, free-spirited and adventurous person who is always on the go. He considers freedom as part of everything, living his life in his own way without obeying the standards that are presented to him and what he enjoys most is traveling the world. Hardened with a strong passion for life, he is always looking for new experiences, making his life an endless adventure. Due to his need to be free, Sonic dislikes being locked up without being able to move.

Normally he is relaxed and calm. But his impulsive personality sometimes does things without thinking. Due to that personality, too, his temperament may be short. He hates being bored and always keeps his promises.

From OVA 7 onwards, Sonic's personality became somewhat more immature, sometimes throwing off-the-spot comments, which are generally rewarded with punches from Susanoo or some other girl, but then go to bed with him. He also became quite a womanizer, having a harem that currently consists of dozens of women, including relatives or minors. To this is added his irresponsibility with his first who is also part of the harem. 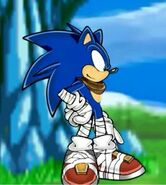 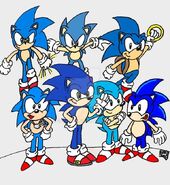 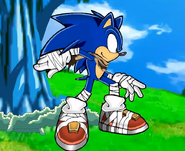 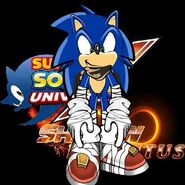 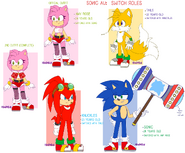 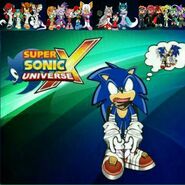 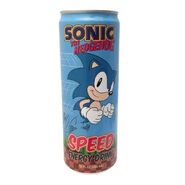 Add a photo to this gallery
Retrieved from "https://fanfiction.fandom.com/wiki/Sonic_the_Hedgehog?oldid=267735"
Community content is available under CC-BY-SA unless otherwise noted.