The Adventures of Wile E. Coyote and the Road Runner (ワイリー・コヨーテとロードランナーの冒険, Wairī Koyōte to Rōdorannā no Bōken) is a fanfiction anime miniseries by LDEJRuff based on the Wile E. Coyote/Road Runner Looney Tunes cartoons directed by Chuck Jones.

The always-scheming coyote has tried many times to catch his prize, and, as always, he fails. But when a greedy man shows up and wants to turn the dessert into a shopping mall, Wile E. must make an unlikely alliance with his archrival to save their home. 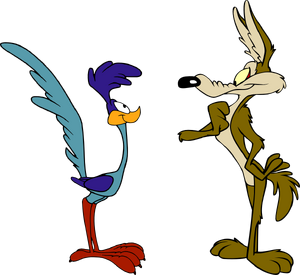 Main article: The Adventures of Wile E. Coyote and the Road Runner (miniseries)/Episodes

Retrieved from "https://fanfiction.fandom.com/wiki/The_Adventures_of_Wile_E._Coyote_and_the_Road_Runner_(miniseries)?oldid=162091"
Community content is available under CC-BY-SA unless otherwise noted.