This story is about copyrighted people from the media coming to compete at a campsite in Brazil. 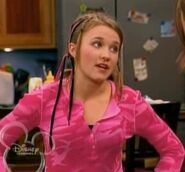 Pedobear
Add a photo to this gallery

Chapter 1: Dag Flabbit, I Don't Have a Good Title!

Paulo, a green nerdy dwarf, said, "Hi, viewers! My name is Paulo, and I will be hosting a new show called The Copyright and the Glory! EEEEEEEE!!!!"

Four people (Lilly, Pedobear, Wyatt, Carly) arrived at the campsite. "Hi!" said a blonde girl. "I'm Lilly! This place is awesome! If people get eliminated, do they get buried in the backyard?" Wyatt looked at her strangely.

Pedobear was unhappy, looking at Carly and Lilly. "Are there any girls here who are, say, younger?" he asked.

"Yes," Paulo replied. "But they're not going to be on your team."

"Team?!" Carly said in a surprised tone of voice. "There are other people here?!" A plane arrived at the campsite. Four new people (Agnes, Denmark, Liberty, Thor) hopped off. Pedobear looked at Liberty and Agnes, and smiled.

"Oh come on!" Rico yelled even louder. "Not Lilly!" Lilly ripped the hair out of her ponytail and attacked Rico.

Chapter 2: Do I Have To Do The Whole Challenge?

Paulo woke up the campers and announced, "Today, our challenge will be swimming the Amazon river, then, when you get to the end, you will walk to the Taj Mahal! The first team with all their contestants to the Taj Mahal wins!"

"How on Earth do we walk to the Taj Mahal?!" Blainely asked. "We're in Brazil!"

"Um, you walk up Central and South America, swim the Bering Strait, and walk down Asia till you get to the Taj Mahal."

"Wait a sec," Sunshien asked curiously. "We have challenges?"

"Yup!" Paulo replied. "That's the whole reason you're on this show! Now, change into your swimsuits, and get started!"

"It's...so...cold..." Wyatt mumbled when he got in the water. Carly slowly tried to get in the water. Denmark waved to her and flashed her a pretty smile. Normally, Carly would have been flattered, but she was creeped out, since she didn't know anyone there yet.

"Ahhhhh..." Denmark moaned. "The water is so nice...nice to pee in, that is!" A yellow cloud formed around him. Nalyd backed away.

Take charge, take charge, Liberty thought. "Okay, everyone." She said to the Bubblegum Foxes. "We will all stick together when we swim so we can finish first." The team agreed.

Several hours later, Nalyd arrived at the shore. He saw a whole pizza washed up. Oh well, he thought. I'd better take this pizza along in case I get hungry. A few minutes later, the Bubblegum Foxes arrived. "Victory is ours!" Agnes cried out. Thor ran off.

"NOOOO!!!" Liberty cried. She ran after Thor, and finally retrieved him. They ran as fast as they could, and before they knew it, they were no longer in Brazil. They had reached Colombia, where Pedobear bought lamb and venison, to stash in case they got hungry.

"Pedobear?!" Liberty exclaimed. "What are you doing on our team?!"

"Well," Pedobear explained. "I asked Paulo if Denmark and I could switch teams, and he said yes." Liberty sighed.
Agnes gasped. "It's Nalyd!" she said, pointing to a bus. Nalyd was riding in it.

"He's cheating!" Pedobear yelled. Eleven hours later, the Bubblegum Foxes had reached the Bering Strait. They swam across it. Several minutes after they had finished swimming it, a musical note popped up in the corner. "Time for a musical number!" Paulo announced. Pedobear looked at Agnes and Liberty and sang:

round they make me feel Like I'm the only guy in

town I love little girls they make me feel so good

Then, everyone was called to the elimination ceremony and cast their votes.

...And then, Nalyd was eliminated.

Blainely woke up, brushed her hair, and walked out the cabin door to receive breakfast.

Retrieved from "https://fanfiction.fandom.com/wiki/The_Copyright_and_the_Glory?oldid=137770"
Community content is available under CC-BY-SA unless otherwise noted.