The House of the Dead 5: Zombies in the Cold

The House of the Dead 5: Zombies in the Cold is a 2006 horror film that takes place in New York City, where winter weather has covered the area with snow on the ground and has turned NYC into a winter wonderland city. One day, three security guards (Robert Sander, Archie Thompson, and Vick Plintus) were on duty guarding a historical site in the city that is the remaining basement of an old builded that was destroyed with a bazooka during World War II, the bodies of the dead soliders that were inside were never found, even though they just plummented to the basement floor during the wreckage. Meanwhile, the Evil Spirit from the previous film makes his way inside the old basement and brings the dead soldiers back to life as zombies using his evil powers. Robert sends Vick go inside the old basement to do an inspection, Vick unlocks the basement door and walks down the steps with his flashlight in hand. As he inspects the basement, Vick is suddenly ambushed and killed by a soldier zombie. Robert muffledly hears Vick's screams and tells Archie to go down there and check on Vick, so Archie goes down into the dark basement with his flashlight and gun in hand, and finds Vick to be nowhere in sight. That's when a solider zombie comes out of nowhere, and as Archie fires two gunshots at the zombie, he is still killed as a result. Robert decides to go down himself after hearing the gunshots, and is prepared for anything that happens down there. At the scene, Robert finds Vick and Archie dead and bleeding heavily. And just as a soldier zombie comes at him, Robert opens fire on the zombie and calls for help. The next day, AMS agent Rogan Thomas leaves the headquarters and comes home after having a failed proposal being rejected by Rogan's boss Ernest Goldman. While at home, Rogan discovers the soldier zombies wandering around the snowy suburban neighborhood, killing living humans in their path. That's when Rogan heads outside with his winter coat on him and his .12 gauge handgun in hand. When outside, Rogan begins shooting at the solider zombies and chases them all the way to Times Square. While in Times Square, Rogan discovers a giant but swift killer monster known as "The Fool". Rogan manages to kill the fool and procede with the mission, where he later meets up with AMS agent Gary Stewart and security guard Robert Sander, who both join him in eliminating the zombies and killer monsters. The soldier zombies end up at a bunch of different locations in the big apple, including New York High School, where the soldier zombies break in and begin attacking students in the hallway. While inside, the soldier zombies also grab hatchets found inside the buliding and uses them as weapons. One black student even gets bitten by a zombie and has a banage put on his bite mark on his neck by the school nurse, and eventually turns into a zombie while in science class, he scratches a female student who also turns into a zombie herself, and that female student eats out the teachers flesh and starts a frantic riot. Rogan, Gary, and Robert also take down a killer monster in the school cafeteria known as the "Monster Burger", which started off as just a regular hamburger in the kitchen, until the evil spirit poured some unknown sauce on the sandwich unseen, causing it to come to life and grow larger in size after growing arms and legs. The soldier zombies are eventually chased down to a local lab factory, where they broke in and began attacking people. Rogan, Gary, and Robert eventually take down the last of the zombies there, including a killer monster known as the "Speedster", and finally go home with the source still unknown. Knowing that all of the zombies and killer monsters that were all reanimated or created by the Evil Spirit were all gone, the Evil Spirit retreats and searches for a new plan to get revenge. A light gun arcade game adaption was developed by Sega and was released for the arcade only in 2006. 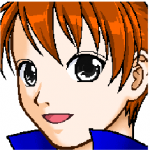 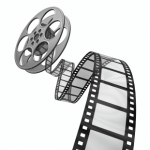