What is it, Lord Xaft? asked a hologram.

I have news, news you will be eager to hear, said the low voice again.

Present it before me, the hologram said again.

Yes my master, the dark voice said, as he turned on some hologram footage of a Jedi.

This will not do, Lord Xaft, eliminate the Jedi immediately, the hologram said again.

Yes, my master, Xaft said, as he turned off the transmitter, and headed for his quarters on Ranon.

The Jedi were extinct, all that remain are a few hiders, who are being found, and killed by the Sith of the New Sith Empire. The New Sith Empire was formed around 200 ABY, after the fall of the New Jedi Order, and the demise of Grogu. His master's grandfather was one of the High Ranking Sith that lead the attack on the New Jedi Temple. Darth Xaft was a Sith Lord, an apprentice of Darth Vuwn.

Xaft returned to his quarters, a black rome in the cave-like fortress, with a single bed off to the far wall, straight ahead of him. He had some places to store his belongings, mainly his holocrons, and scrolls, and lightsaber. He also kept 2 pairs of black robes folded neatly next to his bed, on a dark brown table, that also had his utility belt, and cloak on. He grabbed his lightsaber, and hooked it to his belt. He then grabbed his cloak, and wrapped himself with it, putting the hood up so nobody could see his face. He grabbed his transmitter, and put it in his extra storage compartment in his utility belt, and walked out.

He arrived at his ship, an ST-54 Starfighter, his fighter. It was painted black, with a red cockpit in the middle. It had 2 foldable wings on either side, each had a laser cannon, and a missile launcher. It looked much like the old TIE Silencers. It had more advanced tech, it was more suited for a Sith, it even had the Sith symbol on it! He jumped onto the top of the fighter, and opened the hatch to get in. He jumped down, closed the hatch, and powered on the ion engine. It was a roar, a roar he loved, it meant that he had a mission, a job, he had a Jedi to kill.

He took off from the landing pad, which could only hold 2 ships, in the side of a mountain cliff, that was carved to be his own personal sanctuary. He exited the atmosphere, punched in the coordinates: 4312-6JH7-43-9H2D-7FBL, which would take him to the planet of Eonus, a forest planet.

When he arrived, all he could see was green. Green trees, green grass, green bushes. All he could see, green. He was not used to it. He managed to find an opening to land his ship. When he got out, he looked around the place. To his right, there was a mountain about a mile or so. To the left, trees, mostly trees. To his front, a lake, and more trees. But to his back, he saw trees, but he saw something unusual, smoke. He wondered if there was a village or something up ahead. He moved towards it. It was a long walk, but when he arrived, he saw several small huts. Most likely a family lived here. He pulled out his lightsaber, but did not ignite it. He stepped into one of the huts, finding it empty. There was stuff lying around though, so somebody was there recently.

Raaaaaaaaah!!! I will find you, and kill you Jedi, Xaft said, as he left the camp area to head back to his ship to find somewhere else to look, but then, he stopped. He was about 6 yards away from his ship, and stopped.

I am missing something, he thought to himself.

I know that, but what am I missing? What am I not seeing? He muttered under his breath.

There has to be something, he muttered again. He went into a state of light meditation, and it hit him, as clear as day.

The force...why didn't I open up my feelings? Why did I not zone in? He asked himself aloud. He figured it out, but did not stop meditating. Instead, he poured all of his emotions into trying to find the Jedi, his hate, his anger, his fury, his pain. All of it. It made him stronger, he could feel it. He felt stronger, not physically, but he felt more in sync with the force.

He continued to zone in on his emotions, to try and find the Jedi, now levitating about 2 feet off the ground. He continued to zone in, growing angrier, stronger, and wiser. He gasped, as his eyes shot open, as fast as a rocket. he extended his legs from his criss-crossed position, and landed on his feet after he fell. He turned to look back at from where he just came, and started to walk that way. He could feel the Jedi now. He could feel him.

He continued towards a cliff, past the huts and surrounding trees, that lead him to another opening, one he had not recognized when he first arrived. When he came to the base of the cliff, it was...big, very big.

He had no problem climbing it. He often threw his lightsaber up to cut some finger slots, and foot slots, so he could jump up, and make quick work of it. He made it to the top, and saw a man. Immediately, Xaft unsheathed, and ignited his blade to get ready to fight. The mysterious figure peered up from under his hooded cloak. His right arm held something, it was much like a lightsaber. It probably was. His thoughts were confirmed when he ignited the blue blade, looked up, his hood dangling over his forehead. He used his left hand to remove it from his eyes, revealing him as a Zabrak.

Who are you? asked Xaft.

I am your silencer, the man said.

Is that so? asked Xaft.

Raaaaahh! yelled the man, as he charged with his blade held up. The man attacked, but Xaft easily blocked it with a swing of a downwards motion. The man attacked again, this time high. Again, it was easy to block. They continued to duel, slashing left, right, up, down.

I never said I was a Jedi, the man said.

What more proof do I need? You wield a blue blade, you use the force, you wear tan robes. What more do you need to show to me to prove that you are a Jedi? asked Xaft.

The man never responded, as he jumped, and did a flip over Xaft, and landed, trying to slice him in half. Xaft was also fast. Xaft twisted himself around, and deflected it, then kicked the man in the chest with his boot.

The man was knocked back, lying on the ground. Xaft slashed downwards, trying to end the duel, but the Zabrak was fast, as he rolled to his right, evading the blade by mere inches. He backed away from Xaft, looking down over the edge of the cliff, with a slight grin on his face. Before Xaft had time to think, he charged, and tried to slice the Jedi in half, but he did a flip backwards, down to the base of the cliff. He took off running, trying to go somewhere in the North.

No, not my ship, said Xaft, as he jumped with all his might, his emotions, his power. He landed not too far from the Jedi, and started to sprint after him. The Jedi cut down trees, used the force to throw rocks at Xaft, he did everything he could to keep Xaft from catching him, but Xaft was fast, agile, skilled with the force, and a lightsaber, but most of all, he was a Sith.

The Jedi got to the ship, and jumped up to the hatch, taking a look at Xaft, who is coming towards him.

Get off of there, Xaft said. 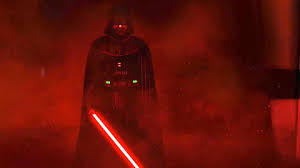