Ui Hirasawa is the main protagonist of K-ON! and Yui's younger sister. She is the guitarist of After School Tea Time. Ui is a more skilled, knowledgeable, mature, dependable, and younger version of Yui. Ui is mature, smart, responsible and handles household chores well, but she has a great deal of love and respect for her older sister and takes particularly good care of Yui, striving to look after her even at the risk of her own health. Sometimes, she teaches Yui how to play some parts of the guitar since Yui is not so good at reading sheet music. Despite being a year younger than Yui, she looks nearly identical to her when her hair is down. Once, she pretended to be Yui when her sister was sick but failed because she did not know the nicknames Yui had given to the Light Music Club members and Sawako said Ui's breasts were bigger. One time Ui pretended to be Yui because she wanted to try to hug Azusa, much to Azusa's dismay. She appeared and made her debut in the episode Sewing With Mio! alongside Jun and both joined the group in Full Moon's Full Pokemon Journey. 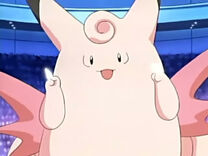 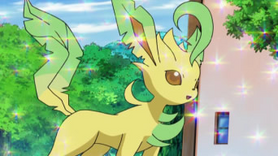 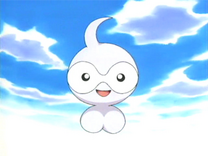 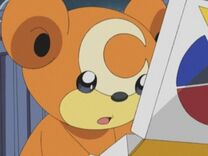 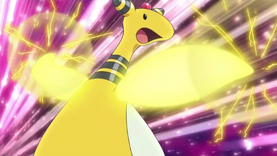 Mareep → Flaaffy → Ampharos ↔ Mega Ampharos ♀
Add a photo to this gallery
Retrieved from "https://fanfiction.fandom.com/wiki/Ui_Hirasawa?oldid=189831"
Community content is available under CC-BY-SA unless otherwise noted.