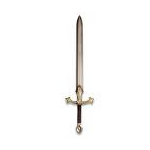 Angelomon is angel digimon his is the Champion form of Angmon. He resembles an Angemon Although with some diffrences. He clad in armor that covers his Right arm, right leg and a helmet that covers his eyes and hair. He has eight shining wings and white staff as weapon. his name and design come from the word Angel

Beam: a white weak beam of light fires from his hand

Angelomon's ultimate form. He resembles a MagnaAngemon with some diffrences. He has ten shining wings

Retrieved from "https://fanfiction.fandom.com/wiki/User:Johnnthemaster?oldid=52952"
Community content is available under CC-BY-SA unless otherwise noted.