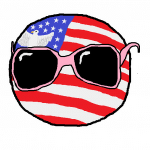 I'm MizzKeyes aka United Planets. I'm a 27 year old gamer/writer with an affinity for science fiction or political based writing. I first started on Conworld Wikia, writing about a variety of fictional worlds and countries. I then found Fan Fiction Wikia. I have added my Buffy the Vampire Slayer fan-fiction here some years ago. I also plan to add a smaller Doctor Who fan-fiction as well.

Retrieved from "https://fanfiction.fandom.com/wiki/User:United_Planets?oldid=139699"
Community content is available under CC-BY-SA unless otherwise noted.