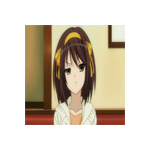 Hi, welcome to Fan Fiction! Thanks for your edit to the Crackers Or Wackers page.

In my opinion TDI is one of the worst shows ever, so I refuse to participate

To each his own. Every person on the planet is entitled to their own opinion, so deal with it. I'll admit the ORIGINAL TDI was decent, however the actual spin offs of it on TV, and the fan spin offs just fail. Evnyofdeath 19:49, June 4, 2010 (UTC)

I Invite You To

To each his own I say. I hate to break this to ya, but it feels like your trying to censor my opinion slightly. The thing is, censorship of that kind is ILLEGAL in America. Evnyofdeath 20:21, July 19, 2010 (UTC)

Its fine. I just wanted to let you know what you were saying bordered on censorship is all. I hold no ill will towards you in any way. Evnyofdeath 01:10, July 20, 2010 (UTC)

My name's Psychid, and I'm kind of old here on the Wikia community (old enough to get familiar with most of the community's rules and regulations, at the least). In case you're wondering how I found you, I think I noticed your username on either the Total Drama Wiki or the Total Drama Island Fan Fiction Wiki (I'm thinking... the second one, maybe)? I just wanted to stop by and introduce myself is all... ;)

Since I'm in the spotlight, I think I should give you some information about myself, just so you can know me better, and to prove to you I am not an online troll.

At this point in my life, I'm not really comfortable with giving out my real name to the online public. If there's one thing I know about chatting online, then it's the fact that you can never be too careful. Fortunately, I am comfortable enough to give away these following facts:

If you're somewhat disturbed/offended by the fact that I randomly messaged you like this, please go easy on me. I, too, have feelings.

Hey I was reading Physchids blog a minute ago and I just realised I'm like around your age group.

Can you help me with my Mighty Doodel pg?

well.do you want to help me?

Can I help with 1 of your pgs?

Cyndaquil and MightyDoodel`s Adventure I think is geting boring so we beter get more ecsiting parts!

Clik Here to find out somthing.

See Punk Puppy 3's episodes of Total Drama Cartoon, in each episode, highlight in blue what you think the most famous quote would be. Chomper4 22:18, November 23, 2010 (UTC)

Thank you so much for adding that category you created. I was planning on doing that myself, but I was too busy to actually do it. Again, thank you so much and keep up the great work! :) X-KING 04:07, November 27, 2010 (UTC)Rocketman2462

This might sound weird. But do you want to write chapter 2 of my story Total Drama 4eva. -TDAFan99

I'm going to make them all 10 episodes. Merry Christmas! -TDAFan99

Listen, I deleted the Pokemon from the Jeremy page because I wasn't really comfortable with Phineas and Ferb characters having Pokemon. Sorry. AdamGregory03

I couldn't resist adding some stuff to your already cool shows Crackers or Wackers and Hollywood World. Nothing too drastic, just surface facts. That is All. Happy New Year! NOTE :This is from a simple fan, nothing more.

Can I join Hollywood World? Because no one is working, and you didn't add extra episodes.

Why are you taunting me? I'm not even trying to do anything wrong?

Hello, this is RetroDude. And this is my first talk ever made (I didn't know how to do that).

Anyway, what does that mean when you say "I'm Busted", or "Any Final Words"? Are you gonna come out of my computer and shoot me?

By the way, I come in total peace. And I do not accept Internet harrassments, I will stop making those formal edits that make you upset under one condition: LEAVE MY FUCKING ASS ALONE!! Thank You, please don't hurt me!! --RetroDude 23:01, March 12, 2011 (UTC)

I already know about that. I closed down all of my GeoCities sites before GeoCities shut down. Here's a quote from the Yahoo! help page on the GeoCities closure:

"We have enjoyed hosting web sites created by Yahoo! users all over the world, and we're proud of the community you've built.

"However, we have decided to focus on helping our customers explore and build relationships online in other ways. Beginning on October 26, 2009, you can no longer use GeoCities to maintain a free presence online — but we're excited about the other services we have designed to help you connect with friends and family and share your activities and interests.

"If you downloaded your pages and images to your own computer, you can also re-create your site with another hosting provider. See more on hosting providers."
~~LDEJRuff~~ 22 March, 2011, 3:23 (EDT)

Do you like Ren and Stimpy? Then you'll like this show. It's a revival of the series I made called The New Adventures of Ren and Stimpy.

And you can discuss everything about the show here in this blog post:

Can you put New adventures of Ren and Stimpy on your channel anyway?

Title speaks for itself.

Funny you should ask--I asked Chomper4 if I could be an administrator (even if I do have a small amount of edits), and he said I could. I think it's because I have a good eyesight for anyone who abuses the Wiki. ...I apologize if this makes you jealous, seeing that you'd probably want to be one, too.

Okay, if you seriously criticize my own show (Cartoon City Revolution ) you have something to understand, see ya!

The Gwen And Ursula Conflict

Please don't write negative things about my fanfictions. I won't write anything negative about yours or you. Can't I just write my stories without being criticized? I really enjoy expressing my ideas in stories and it's really fun. -TDAFan99

I'm a huge fan of this story, could you do Negima characters next please? hello everyone 12:06, January 20, 2015 (UTC)NegimaLover

Do you like my episode titles i thought of, i made it mayself - NegimaLover

In the episode "Pignite the Flames!" Mitsuki's Tepig will evolve here, if that's okay with you? - NegimaLover

I also created Mitsuki's Pignite for you, you can add more details if you like, personality, you name it. I don't mind :) - NegimaLover

I'm trying to find good pictures for each episode that fits the title of Full Moon's Full Pokemon Journey. do you have any ideas? - NegimaLover

The Pactios for the Light Music Club

Azusa's dud card is a kitten.

Azusa in her cosplay card form allows her to communicate with kittens and cats, and is able to translate their language to english. she has a rainbow cloak, and a ball of string which can transform into any object azusa wishes to do.

Azusa's rare card resembles a beautiful kitten angel with wings (reference to the Song of "Tenshi ni Fureta yo"), and has A Cat's Paw which can cut through anything.

Mugi's dud card is a chinchilla.

Mugi's cosplay would be different variety of tea, and variety of cakes and snacks.

Mugi's Rare Card form allows her to become a princess, and has a parasol, with a maid's outfit and can create different teacakes using her parasol and drops cupcakes into a plate.

Ritsu's dud is a lion.

Ritsu's Cosplay card form allows her to create scary and frightening supernatural things, she has a black cape, and a black baret

Ritsu's rare card form, allows her to become the black clown from hell, and can summon skulls to repel enemies, she has a red robe and a white cape, also has a red witch hat made of lycopene.

Mio's dud is a rhino or a butterfly

Mio's Cosplay card is a maid, she can summon butterflies to repel foes, she is a white maid.

Mio's Rare card form allows her to have boxing skills, making her have boxing gloves, she has the equal power of Fei Ku. And has white all over.

Yui's Dud is a Shih Tzu, which is a type of dog.

Yui's Cosplay card allows her to summon cute aminals to attack its enemies by using her Picture Book of Cute Things.

Yui's Rare Card form allows her to become The Charming Singer, which can be used to fling out musical notes to repel enemies using her microphone-like wand. She has a Blue Maid costume and has a cat-like beret which resembles Azu-nyan, and has a white skirt with Geeta on it.

Ui's dud card would be a starling, which is a type of bird

Ui's cosplay card form allows her to become the Adorable Sister Chef, she's pink all over.

Ui's rare card form allows her to become a Private Eye Detective Girl, she has black and pink vest and has a magnifying glass which allows her to see through anything.

Retrieved from "https://fanfiction.fandom.com/wiki/User_talk:IchokaSuzumi666?oldid=215186"
Community content is available under CC-BY-SA unless otherwise noted.